Those who have used an Excel 2010 slicer may have wanted to see that capability in earlier versions of Excel. I like what Microsoft did with slicers in 2010 and wanted to extend that capability backwards. For those who haven’t used a slicer, it is a filter on a particular pivot field shown as an independent object.

TM Retro Slicer works with versions of Excel from 2003 to 2010. Once enabled, a slicer will be visible on the worksheet. 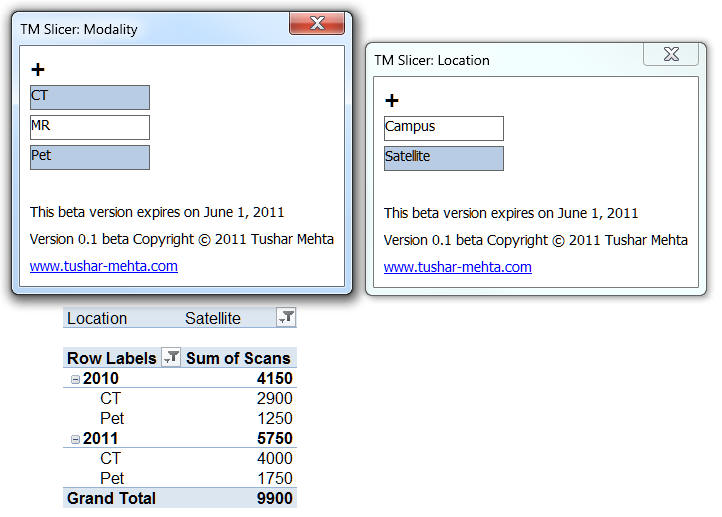 Switching worksheets will hide the slicer and it will reappear when the worksheet is reactivated.

The slicer will remain across a workbook close and re-open.

For more on this time-limited beta version of what will be a shareware solution, please visit http://www.tushar-mehta.com/excel/software/retro_slicer/index.htm